Dealing With Mostly No 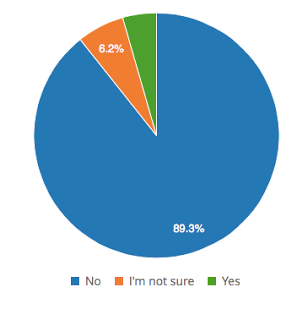 Have you ever noticed that a lot of people default to no?

We are hard wired to say no.

The trouble with that is that we miss yes.

One of my favorite movies is "Yes Man." I know that it is a silly movie. I know that it's broad and insane and not at all realistic. But if you haven't seen it, give it a chance. Say yes. It's all about a character played by Jim Carrey who is in the habit of constantly saying no. Then one day he goes to a Yes Convention (or something like that.)  And of course, since it's a seminar, his life is changed. He begins to say yes. At first very reluctantly, but once he gets in the flow of it he says yes to everything -- too much in fact, putting himself in danger. Of course he does, it's a movie.

I like the yes man in yes man better than the no dude.

I do not say yes all of the time. Truthfully, I say no a lot, too. But every once in a while, before we say NO, what if we paused long enough to consider the possibility. A new adventure, a new purchase, a new commitment, a new THING -- yes.