Delegate for the Right Reasons 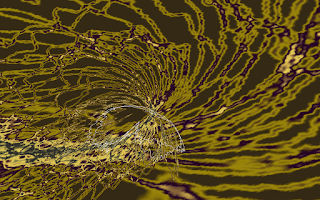 Many leaders struggle with delegation. Some don't delegate enough because they worry that the work will not be done to their satisfaction. That's a case for developing both the leader and the people the leader could delegate to. It can be overcome.

Some leaders struggle with delegation by only delegating work they'd NEVER do -- mundane, routine, or nasty tasks that the person getting the work doesn't want either, they simply have no choice. That is no way to endear yourself to your team.

We do need to delegate though. And sometimes the work that we delegate is routine but simply needs to be done. During the time that I worked there, my team leader at Whole Foods once told me, "we don't pay supervisors to wash the dishes." She did go on to say that handling the dishes for 15 minutes set a good example, but washing them the whole shift simply kept the supervisor from leading.

A more powerful form of delegation is done for developmental of the team. When you share meaningful, growth-focused strategic tasks (along with the more tactical ones) your team develops new skills. It also develops more shared leadership. It's good for the team.

Go ahead and delegate. Delegate tasks that need to get done that maybe don't match your pay scale. But, and this is important, consider also delegating tasks AT your pay scale -- the things that you even enjoy doing. They'll get done, you'll have more time for doing tasks at the NEXT level, and your team members will grow.

Do that, and watch your team grow.