It's More Than the Motions 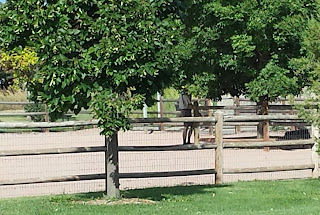 Have you ever caught someone simply "going through the motions" in communicating with you?

They say the right words, their motions seems fine, they just aren't fully engaged in what's going on. They appear to listen, but it feels like their mind is somewhere else.

So many of us go through the motions. We read our mobile phones when we're with loved ones we seldom see. We keep an eye on the television while our significant others tells us something important (hint - when it comes from your significant other it's all important), we phone it in.

It's one of my biggest faults and it has recently come back to haunt me as I experienced that level of inattentive attention returned. It doesn't look mean, it doesn't look premeditated, and yet it hurts at a level that sinks gradually deeper until it can't be excised.

The other day I was riding my bike and I came upon a man playing with his dog. At first it looked really charming. The dog was very earnest in the pursuit of the ball that the man threw (using some contraption on a stick that kept him from having to bend over too far).

But then I noticed what the dog struggled with. The man was really paying no attention to the dog at all. He was occupied in a conversation on his mobile phone. He went through the motions, and kept the dog busy, but never gave the dog what it was really looking for: companionship, praise, feedback, interaction. They were just going through the motions. 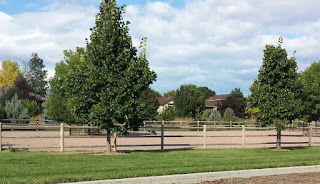 It was profoundly sad in a way (granted, I'm going through some sadness right now that filters what I see, but still) because the dog wasn't really getting what the dog wanted out of the interaction and the man was simply fooling himself into thinking that he was keeping the dog happy. He wasn't. The dog was keeping itself happy, but missing what it cared about the most.

The following I write more for me than anyone else, and I hope others will also benefit:

Don't miss what you care about the most.

When someone is talking with you, give them your full attention.

When you have the opportunity to share your presence with loved ones: show up. Be there. Interact. Listen with curiosity. Enjoy the space between you.

Life is too short for that nonsense.