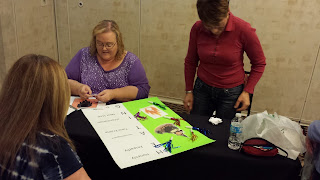 What roles do you take on as a leader? Front line supervisors must own many roles, including some they may not enjoy. Supervisors must lead, consult, advise, counsel, discipline, confront, defer, decide, revive, inspire, deny, build, reduce, cut, maximize, minimize...all depending on the state of the organization and the mindset of the team.

When I was a supervisor, I did not enjoy the role of enforcer or disciplinarian, and yet those roles became necessary. I did have to enforce the values of the organization, even when they were inconvenient. I did have to discipline team members who had lost the ability to discipline their own behavior. Sometimes, sadly, that even involved saying goodbye.

Know the roles that you must play. Follow your roles when they harmonize with your values and your goals.

It's easy to ignore our most important roles, but it is a critical mistake to do so. As Grandmom Smith once said, "mind your roles." You'll be glad that you did. Maybe not today, but eventually.

Are you clear on your current necessary leadership roles?