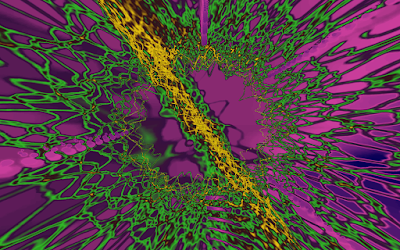 It's not easy for me to admit when I'm wrong. It's even harder if I don't see that I am, yet somehow...later on, my perspective shifts and I see what the other person must have been seeing differently.
That's one reason I've learned to pause before defending a message. I'm still working on it. We usually do have a moment to pause and think thru our response. What if you are wrong?
When we are wrong and we admit it, we can usually recover the damage that might have been done. We can, with dignity and respect, restore the relationship to what it was before we said what was wrong. It's a big if, it's a might if, and it's an if worth considering.
It hurts to admit you're wrong, yet when you're wrong it hurts more NOT to.
-- doug smith

Leadership is service. No matter how strongly you hold a goal, no matter how driven you are to succeed, the purpose of leading is to help. The essential question is "how can I help?"It gets tough when there are deadlines, meetings, deliverables ahead of you. Interruptions feel unproductive. Helping others feels disruptive. Still, however busy we are, the essential question remains "how can I help?"Serving others may not feel productive until you're the one who needs the help.-- doug smith

If you want to communicate better you may need to communicate more often.Maybe even every day.Reach out to each team member, no matter where they are, and try these three things today:AppreciateChallengeEncourage
It doesn't take an hour. It doesn't require a video. Just reach out.
You'll like the effect that it has. You'll feel like doing it again. Go ahead.
-- doug smith

Let Them Convince Themselves

It's hard to convince someone that their solution to a problem doesn't work, until it doesn't work.We cling to our idea. Our experience clarifies our expectations. When I'm trying to influence someone to consider the ramifications of their ideas, I've learned to first validate the idea (identify whatever is useful about it or appealing) before guiding them thru any analysis of the idea. Seeing the truth can be tough enough, without adding emotional resistance to the mix.It's easier for someone to convince themselves. Convincing them is hard. Let them convince themselves.-- doug smith
Post a Comment
Read more

Put Your Ideas Into Action!

Have you ever had a great idea and then nothing came of it?That's happened with me more times than I'd like to admit. Thinking, generating, ruminating, I can turn an idea around in my head until both of us are dizzy. But so what? Until I DO something, that idea sits idle.Our best ideas don't mean much until we put them into action.When you get a great idea: do something! Put your ideas into action.That's how you get things done.-- doug smith

Performance Is More Than One-Tap Away

Somethings are so easy. One click, one call, one spoken command. But, as always, not everything is easy. When we begin to assume that everything should be easy we lose track of the reality that some things DO require discipline. You can't one-click your physical work-out. You can't one-tap your organizational realignment. You can't one-command your new, improved, work-ethic inspired workforce. Things of value and projects of worth still require engagement, discipline, and the relentless willingness to try, fail, and try again.In any workforce you'll find performance problems. There is no magic wand to make these problems turn into performance. It takes attentive leadership that cares about team members and provides the development they need to prosper. It also takes the open and dedicated willingness OF those team members to make performance progress happen. We, as leaders, can't do THAT for our team members. Without the willingness, they are truly helpless.It'…
Post a Comment
Read more

Act On Your Ideas

We never run out of ideas on how to create solutions to a problem, but we do have to stop long enough to try one to see if it works.Generate > Decide > DeployPut those great ideas in motion!-- doug smith

Should A Leader Be Positive or Negative?

Have you ever worked with a negative leader? Someone who leads by arguing, yelling, insulting, and pushing people around is a negative leader. Also, a leader who says mostly negative things like "what's wrong with you?" or "how many times do I have to tell you?" or "just do what I say because you can't figure it out otherwise" is negative.Oddly, sometimes a negative leader will get the immediate reaction desired. People might jump into place. Employees might try harder. But that's a temporary result. Negative leaders drive people away.The trouble with skepticism is its power to increase certainty without increasing accuracy and then allowing a negative notion to create a negative outcome.It can be more work to stay positive. It takes practice. It takes the ability to pause when someone on your team says something unbelievably incorrect. But do make that effort.Should a leader be positive or negative? Given the choice of which kind of leader to…
Post a Comment
Read more

How fast are you growing? Can you feel yourself evolving and developing into the next better version of yourself?As old as I am (and if you ask my best friend, she'll tell you I'm OLD) I am still evolving. Still growing. Still experimenting, trying, striving, and stretching.Not as fast as before, perhaps, but there are no additional boundaries -- just opportunities. I aim to do as much as I can as long as I can. As Judi tells me, "you can sleep when you die."Well, I do need sleep BEFORE then, but in the mean time she's right: there's a lot of work to be done. Get busy.-- doug smith

What If It Felt Perfect?

Every leader needs feedback from someone who will tell the truth no matter what.

Who is that someone for you?